Mr MoJo’s diary: adventures to read for learning English is back 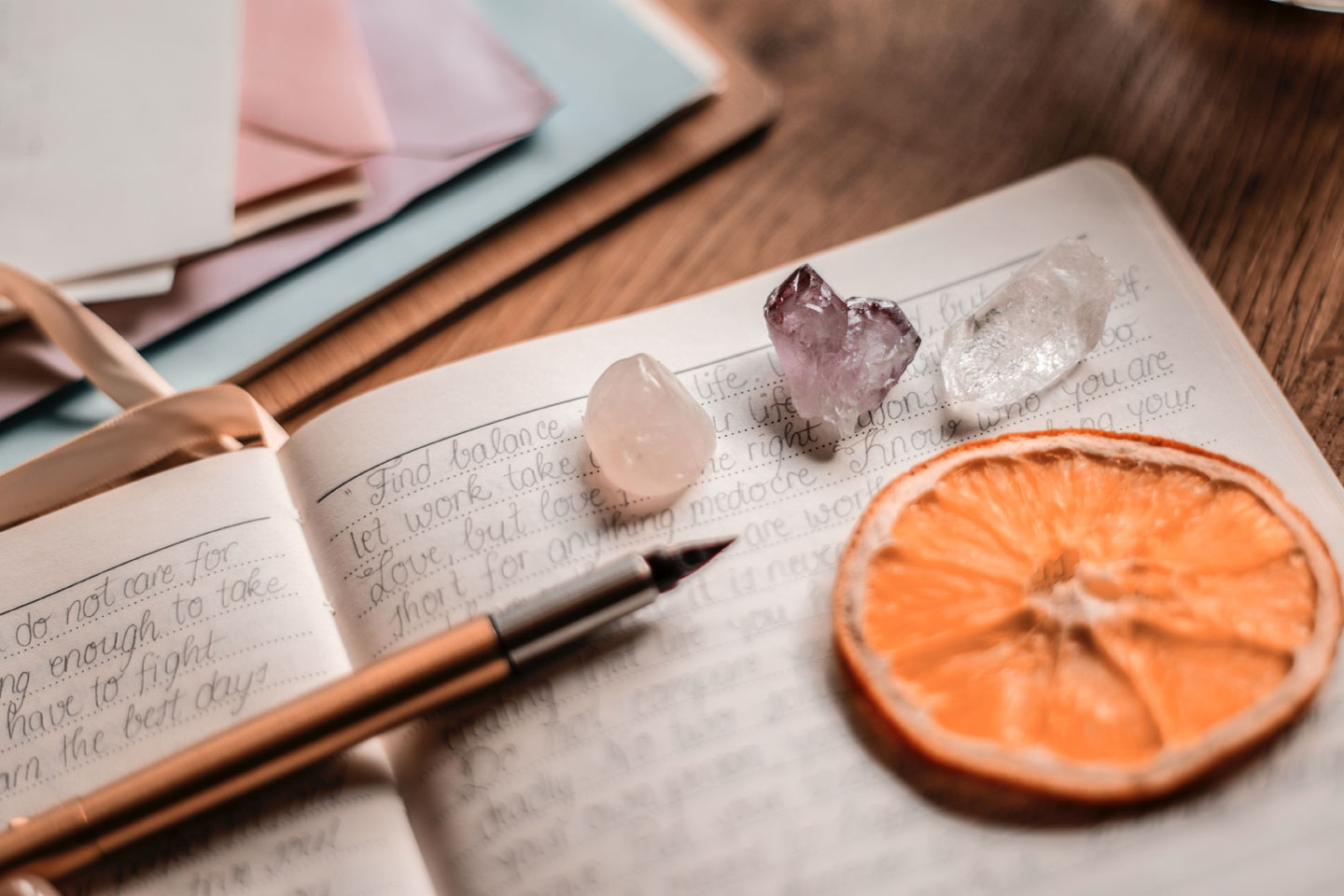 Here is the second episode of the series of stories for you to read and that will help you to learn new English words and phrases. Thanks to MoJo’s diary you will dive into the adventures of an English man in… Fareastland!

Who’s Mr Mojo?? People who have been attending our English speaking courses in London might know Mr MoJo already. Mr MoJo is the English teacher running most of the English courses for learning English through Drama. And he is the one who is going to do next Learn English through Drama summer courses 2018. He’s been living in the Far East since last Autumn, teaching and writing. I asked him to tell us more about his life there. This is the second episode of Mr MoJo’s adventures saga. Enjoy it!

“How big is the Airport?” “How long does it take to run from the arrival gate to the departure gate?” “Will there be anyone there who can give me directions?” “Will they hold the flight for me?”

These were the questions playing in my mind, like a broken record, as flight EY0018 descended through the early-morning, sand-filled air towards Abu Dhabi International Airport. And all these thoughts were a waste of time. Even before the city’s roads and structures were clearly visible below me, the connecting flight from Abu Dhabi to Ho Chi Minh City had already departed.

Two choices: I could continue fuming about all the problems Etihad Airways had caused me in the last 12 hours, or I could take a deep breath, relax and wait to see what would happen next on this adventure. To be honest, my mood was a mixture of the two states of mind as I and several other stranded Brits walked up to a waiting Etihad official.

He spoke to us with a modest and quiet voice that offered no indication of actual empathy, but I realised things could be a lot worse. He told me that I must wait 24 hours for the next flight. However, the airline would pay for me to stay in, and eat in, a 5-star hotel. Three cheers for Etihad. Three cheers for my problems. Three cheers for all the problems Etihad had caused me. It’s time to celebrate.

I dropped my bag off at the hotel, took a quick shower and went out into a big, new city to explore.

Initial observations of Abu Dhabi:
it’s spacious – lots of wide roads and pavements
it’s quiet – not the usual noise and chaos associated with capital cities
it’s rich – most shops, even on the back streets, sell technology.
It’s not poor – no homeless people or beggars (in sight), not even in the subways.

With all these factors in mind, it took me by surprise when I got the sense that I was being followed. So much so in fact, that I didn’t really believe it. I dismissed the feeling as paranoia. But ignoring a thought and ignoring the young man of scruffy appearance, wearing a red t-shirt and white baseball cap doesn’t make the thought nor the man disappear. And there he always was: as I crossed the street, walked along the promenade, stopped to look at the sea, and eventually entered a small park that ran parallel to two main roads. And each time I saw him, he was the same distance away: close enough to recognise as the same person, but not close enough to note anything distinguishing in his features.

I was still convinced that I was wrong about this guy as I walked along a tree lined path, but I wasn’t convinced enough to sit and relax on one of the many park benches that I passed by. So when I found myself facing a small maze in the middle of the park, you’d probably think that I would listen to my instincts and walk on by. But life is rarely simple and a person’s behaviour is always complex. So my instincts of danger were fighting a losing battle against my passion for mazes. I’ve been fascinated by them since childhood, but I do not often get the opportunity to explore one. I looked around for Mr Scruffy. There he was, by an entrance to the park. And he wasn’t looking in my direction. I couldn’t resist it. I entered the maze. And as I walked along the claustrophobic corridors, walled by shoulder-high hedges that suddenly reached dead-ends, causing me the need to find another route on a seemingly endless search for the centre of the maze, I meditated on the symbolism of these ancient puzzles:
life’s twists and turns
indecision
confusion
missteps
feeling lost
being misled

Travelling towards a new life on the other side of the world, some of these symbols seemed appropriate. I could only hope the last item on the list – being misled – was not so relevant.

I reached the middle of the maze with a mild sense of satisfaction and pleasure. Unlike other mazes I’d walked through, this one had a small building in the centre. The miniature house had a staircase that led to a flat roof from where I could enjoy an elevated view of all the passages I’d walked along to eventually find the place where I now stood. I also had a good view of the park beyond. As my eyes scanned the horizon, my gaze fell on an unwelcome figure wearing a red t-shirt and white baseball cap. To my relief, he was moving away from the park entrance. But unfortunately, as I noticed him, he turned and noticed me. It was as if we were linked by a terrible psychic magnet. He only hesitated for a short second before starting to walk back towards me. In that same moment, I became shockingly aware of my own vulnerability. I felt like a rat in a trap.

I launched myself towards the stairs and two thoughts were clear in my mind. I had to find the maze’s exit without error and without terror: surrendering to fear would increase my chances of mistake. Fortunately, adrenalin kicked in and helped to clear my head. Maybe that is why I clearly remembered the correct path through the labyrinth without fault and I exited with swiftness and relief. As I did so, I saw my object of worry still walking towards me. He haulted when he saw me and I did the same. We were 20 metres apart. Still under the influence of the head clearing adrenalin, I nodded my head to him in feigned confidence. He nodded back. I turned to my right and walked away. He didn’t follow me.

If this was a story I was writing, and not a report of actual events, I’d strive to find a climax. Something dramatic or amusing that would serve as a full stop; a conclusion. I’d perhaps also give an insight into the motives of my antagonist. But that is not possible here. I never spoke to him, neither during nor after the events. You, the reader, are free to invent your own motives for him. You can even invent a more satisfactory ending, if you wish. But I leave you here with no more than the facts.

My journey to Vietnam continued the following day and I landed in Ho Chi Minh City at 9pm, local time. It’s now several weeks since my flight here. I’m living in a small city in the Mekong Delta and many wonderful and challenging and strange experiences have embraced me. Maybe I’ll write them down soon.

hold to keep something, especially when it might have been lost.
/həʊld/ eg. I asked the shop to hold the dress for me until this afternoon.

fume to be very angry, sometimes without expressing it.
/fjuːm/

stranded unable to leave somewhere because of a problem such as not having transport /ˈstrændɪd/ or money.

pavement a path with a hard surface on one or both sides of a road that people walk on.
/ˈpeɪvmənt/

maze a complicated system of paths or passages that people try to find their way /meɪʒ/ through for entertainment.

instinct a natural ability that helps you decide what to do or how to act without /ˈɪn.stɪŋkt/ thinking.

hedge a line of small bushes or trees planted very close together.
/heʤ/

dead-end a road that is closed at one end and does not lead anywhere.
/dedˈend/

misstep an act of placing your foot somewhere in an awkward way OR a mistake.
/mɪsˈstep/

mislead to cause someone to believe something that is not true.
/mɪsˈliːd/

appropriate suitable or right for a particular situation or occasion.
/əˈprəʊ.prɪ.ət/

gaze to look at someone or something for a long time, especially in surprise or /geɪʒ/ admiration.

psychic having to do with the mind or emotions rather than with the body.
/ˈsaɪkɪk/

drop off to take someone or something to a particular place.

pass by to go past someone or something.

kick in to start to have an effect.

write down to record something on paper .

to sound like a broken record: to say something over and over again.

waste of time: doing something pointless or useless.

three cheers: three shouts of hurrah given in unison by a group to honour someone or celebrate something.